Drug Court - How it Works

All participants in SCCDC must meet the following eligibility criteria:

The following factors disqualify individuals from participating in SCCDC:

A general description of the entry process into the SCCDC program is reflected in the flow chart. While the time from arrest to entry into the SCCDC necessarily varies based on the specific facts of each participant’s case (e.g., participant is released on bond and waits to apply for SCCDC), the target average length of time from arrest to entry into the SCCDC program is 30 days. Upon a participant’s application to SCCDC, the SCCDC Team flags and attempts to resolve any barriers to entry (e.g., housing issues) that may prevent it from meeting this 30-day target (to the extent that those barriers are within the Team’s control). 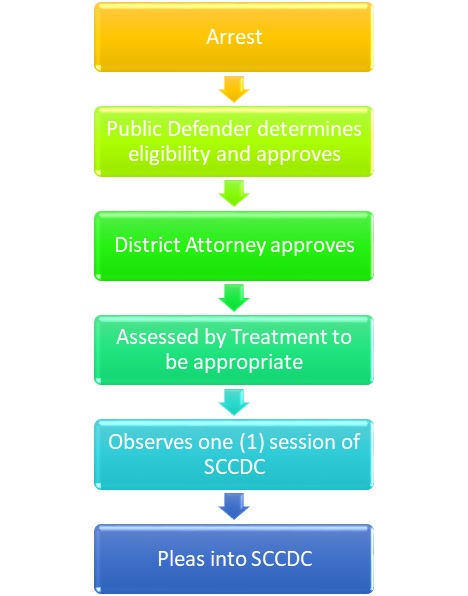